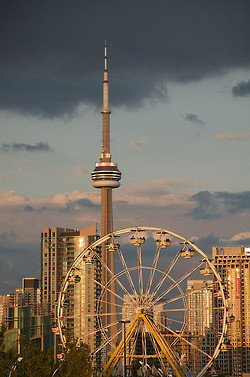 Toronto is a dynamic, cultured and prosperous city situated on the northwest shore of Lake Ontario. It is the largest urban centre in Canada and the economic engine of the country. According to the United Nations, Toronto is the world’s most ethnically diverse city. It is home to people from 169 countries and 80 ethnic groups who speak more than 100 different languages. Despite the challenges that accompany any big city, Toronto is known for being remarkably safe and liveable for people from all walks of life. The city is made up of many distinct neighbourhoods that offer a very strong sense of community to residents and visitors alike. A diverse economy and a flourishing arts scene mean that there is something for everyone in Toronto.

The ROM contains Canada’s largest museum collections with more than five million objects. The collections grow by approximately 67,000 items each year, reflecting the Museum’s diverse interests. The collections are extraordinary in their scientific value, territorial and disciplinary range, containing matchless artifacts of importance. A major expansion and renovation of the ROM is underway, set to be completed in mid-2006, that will dramatically transform the museum into an architectural marvel in the heart of the city.

The Toronto Zoo is one of largest zoos in the world, covering over 287 hectares (710 acres). The zoo has over 5,000 animals, representing more than 460 different species. In addition to many children’s exhibits and activities, there are over 10 km of walking trails for visitors to navigate through.

Ontario Place is an internationally acclaimed cultural, leisure and entertainment complex located on three man-made islands along the Lake Ontario waterfront. It features a large concert venue, as well as a wide array of rides, exhibits and activities for children and adults. Cool down at the water park, test yourself in mini-putt golf or thrill your senses with a legendary IMAX screening at the famous Cinesphere.

Defining the Toronto skyline, the CN Tower is Canada’s most recognizable and celebrated icon. At a height of 553.33m (1,815 ft., 5 inches), it is the World’s Tallest Building, an important telecommunications hub, and the centre of tourism in Toronto. Each year, approximately 2 million people visit the CN Tower to take in the breathtaking view and enjoy all the attractions it has to offer.

Toronto has a diverse and lively performing arts scene, with some 75 productions on stage each month. There is truly something for every taste – glittering Broadway musicals, mid-size dramas, stand-up and sketch comedy, opera, dance, symphonies and festivals to satisfy even the most devoted theatre-goer. Toronto is the third-largest theatre centre in the English-speaking world, after London and New York City.

Toronto’s Air Canada Centre is a state-of-the-art sports and entertainment facility. The ACC, as it is commonly known, is the home to the NHL’s Toronto Maple Leafs, the NBA’s Toronto Raptors and the Toronto Rock of the National Lacrosse League. In addition to housing professional sports teams, the ACC hosts some of the biggest events that happen in the city, including major concerts and shows. It is located in the heart of downtown Toronto, just steps from Union Station.

The Ontario Science Centre pioneered the concept of interactive science museums, and has attracted 37 million visitors since opening on September 27, 1969. A favourite of students of all ages, it has displayed a wide variety of fascinating exhibits covering all branches of science as well as explorations of behavior, technology and the universe. While also playing host to many international exhibits, the Centre is a leading developer of interactive exhibitions for science centres around the world. It is currently undergoing a $40 million renovation and expansion.

Centreville Amusement Park is located on the islands that jut out into Lake Ontario just south of Toronto’s city centre. Ferries from the mainland shuttle visitors across Toronto Harbour to the islands every 15 minutes. Stroll around and admire the view from over 600 acres of parkland, or take advantage of over 30 rides and attractions and a variety of food outlets.

Art Gallery of Ontario (AGO)

Founded in 1900 by a group of private citizens, the Art Gallery of Ontario is now one of the ten largest art museums in North America. The AGO currently has more than 40,000 works in its collection, documenting over 2100 years of human creativity. It also houses major traveling exhibits from around the world. A complete transformation of the gallery has begun, designed by renowned Canadian architect Frank Gehry.

The CNE is the largest annual fair in Canada and one of the most cherished Toronto traditions since 1879. Every summer during the second half of August it takes place by the shores of Lake Ontario just west of the downtown core. Always a favourite family activity, it features all kinds of games, rides, shows, special events, demonstrations, performances, food and shopping.

CENTURY 21 Leading Edge Realty Inc. CondosDeal.com is committed to keeping you up to date about the latest real estate and new condo projects updates through electronic newsletters, email notices.

To continue to receive future project updates and incentives after July 1, 2014, you must give consent. You may withdraw your consent at any time but please note we may still continue to communicate with you electronically in relation to your current or pending transactions, inquiries or requests.

Do you have any more places to visit that you think would be helpful for others to hear about?  Tell us in the COMMENT section below. 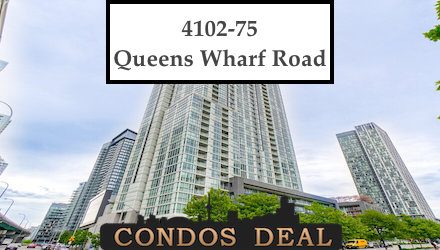 FOR SALE ONE PLUS DEN IN DOWNTOWN TORONTO

THE DAWES CONDOS IN DANFORTH V...

The Dawes Condos In Toronto

THE DESIGN DISTRICT CONDOS IN ...

The Design District Condos In